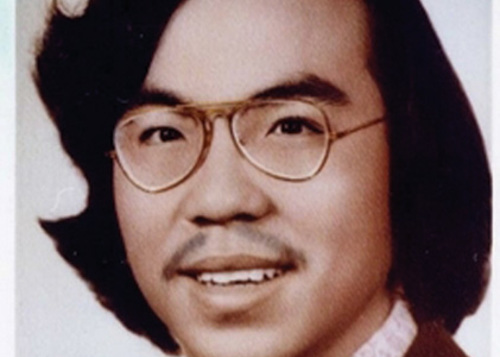 Lord God, during this Lenten season, teach us to come before you in humility, lamenting the signs that your kingdom has not yet come in its fullness. Help us to acknowledge our finitude and failings, and guide us into a journey of remembering rightly, repenting honestly, and responding faithfully. We long for the coming of your mosaic kingdom in Jesus Christ, our Lord, and invite your Holy Spirit to lead us now.

The Murder of Vincent Chin

*Trigger Warning: This post details a hate crime and acts of violence.

On March 18, 1983, Ronald Ebens and his stepson Michael Nitz pleaded guilty to killing Vincent Chin, a 27 year old Chinese American who was severely beaten to death with a baseball bat a week before his wedding.

The fight which led to Chin’s death started at a club, where Chin was having his bachelor party. According to witnesses at the trial, an altercation began when Ebens  got up and said to Chin, “It’s because of you little motherfuckers that we’re out of work,”[5] (referring to the Japanese auto industry), despite the fact that Chin was Chinese, not Japanese. It was later revealed that Ronald Ebens was a Chrysler plant superintendent, and that his stepson Michael had been laid off after working in Detroit’s auto industry, due to the increasing market share of Japanese automakers.

After an original scuffle and dispersal from the club, Ebens and Nitz searched around the Highland Park neighborhood for 20-30 minutes for Chin, even paying $20 to another man to help look for Chin. They eventually found him at a McDonald’s restaurant, where they repeatedly bludgeoned Chin with a baseball bat until Chin’s head cracked opened. Chin was rushed to the hospital, unconscious, and died after four days in a coma- on June 23, 1982.

Less than a year later, Judge Charles Kaufman sentenced the two perpetrators to 3 years probation and fined them $3,780 for their crimes. Explaining the light sentence, Judge Kaufman stated, “These aren’t the kind of men you send to jail . You fit the punishment to the criminal, not the crime.”

Neither man spent a single day in jail for beating Vincent Chin to death.

The brutal murder and light sentence outraged the Asian American community. Vincent Chin’s mother, Lily Chin, stated: “What kind of law is this? What kind of justice? This happened because my son is Chinese. If two Chinese killed a white person, they must go to jail, maybe for their whole lives… Something is wrong with this country.”

In Detroit on March 31, 1983, Asian Americans founded the American Citizens for Justice to lobby for a federal trial for Chin’s murderers. The case became a rallying point for the Asian American community, and Ebens and Nitz were later put on trial for violating Chin’s civil rights. Ebens was convicted of violating Chin’s civil rights and was sentenced to 25 years of prison, but the conviction was overturned on appeal.

Because the subsequent federal prosecution was a result of public pressure from a coalition of many Asian ethnic organizations, Vincent Chin’s murder is often considered the beginning of a pan-ethnic Asian American movement.[3]

“How long, Lord, must I call for help,
but you do not listen?
Or cry out to you, “Violence!”
but you do not save?
3 Why do you make me look at injustice?
Why do you tolerate wrongdoing?
Destruction and violence are before me;
there is strife, and conflict abounds.

4 Therefore the law is paralyzed,
and justice never prevails.
The wicked hem in the righteous,
so that justice is perverted.

RESPONSE OF LAMENT AND CONFESSION: Please spend some time in personal response, crying out to God with prayers, poems, songs, or art that expresses your lament and confession. If you feel led, please share these responses with others, using #lentenlament #day18

You may close with the following:

“Great God, our Father: As we call to mind the scene of Christ’s suffering in Gethsemane, our hearts are filled with penitence and shame that we foolishly wasted our time in idleness and that we make no progress in the Christian life from day to day…

We are ashamed that war and lust and violence flourish and grow more rampant every day. Forgive us for our cruel indifference to the Cross, and pardon us when like the bystanders of old, we merely stand and gaze in idle curiosity upon the piteous tree. O teach us, we beseech thee, the good news of thy forgiveness. Cause humanity, degenerate as it is, to live anew, and hasten the day when the whole word shall be born again.”

-From The Westminster Collection of Christian Prayers (ed. by Dorothy Stewart)